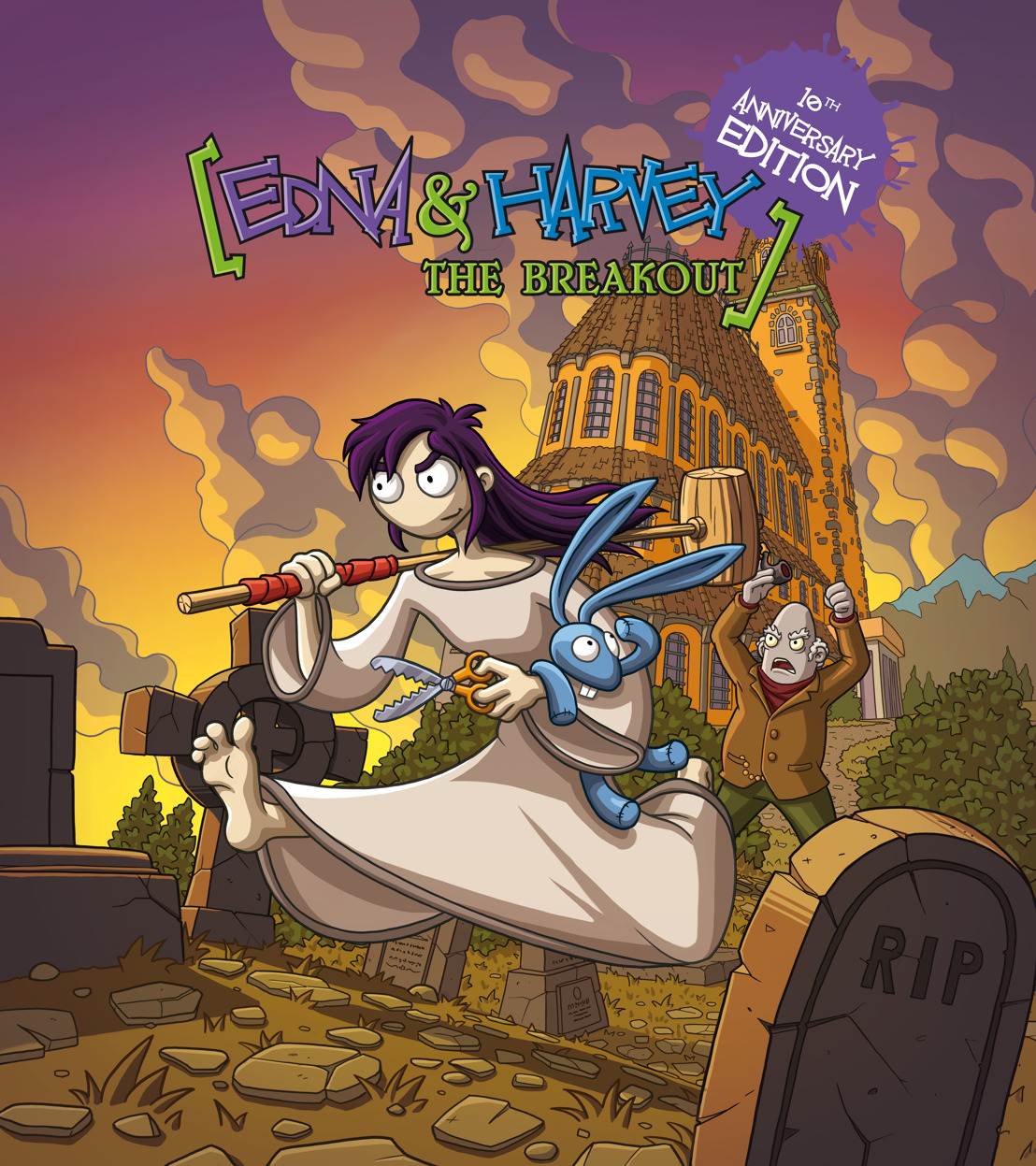 The award-winning debut adventure game from the creators of Deponia and The Whispered World is back for its anniversary! "Edna & Harvey: The Breakout - 10th Anniversary Edition", you can switch between the old and new design of the game.

Accompany young Edna and her talking stuffed bunny Harvey on a whacky attempt to escape from her padded cell. Experience a bizarre journey all across the insane asylum and far beyond its brick walls. At the beginning, young Edna wakes up in the padded cell of an insane asylum with no memory of her past. She doesn’t have the slightest idea how she wound up there, but one thing is for sure, she wants out! After all, she feels perfectly sane – and her talking stuffed bunny Harvey agrees completely. Together, they attempt an escape and, in doing so, meet their extremely bizarre fellow patients – from the man in the bee costume to the pseudo-Siamese twins Hoti and Moti. But Dr. Marcel, head of the asylum, will stop at nothing to keep Edna from escaping. What does he have planned for her? And why was her memory erased? Gradually, Edna regains her memory of the time before her detention in her cell…

"Edna & Harvey: The Breakout - 10th Anniversary Edition" will be released on PC, Mac, Linux, PlayStation 4, Xbox One, and Nintendo Switch in 2019.

"Witch It" is a multiplayer "Hide & Seek" game of two competing teams, where brave hunters seek hidden witches in a humorous, magical world. There are currently three game modes: 'Hide & Seek' - hunters have to find all the witches to win the game; 'Mobification' - Catched witches turn into hunters; and 'Hunt a Hag' - skills are disabled for both teams and hunters can only use their melee weapon.

"Witch It" is available as an Early Access Game on Steam.

"State of Mind" is a futuristic thriller game delving into transhumanism. The game explores themes of separation, disjuncture and reunification, in a world that is torn between a dystopian material reality and a utopian virtual future.

"State of Mind" will be released on August 15th for PC, Mac, Linux, PlayStation 4, Xbox One, and Nintendo Switch.