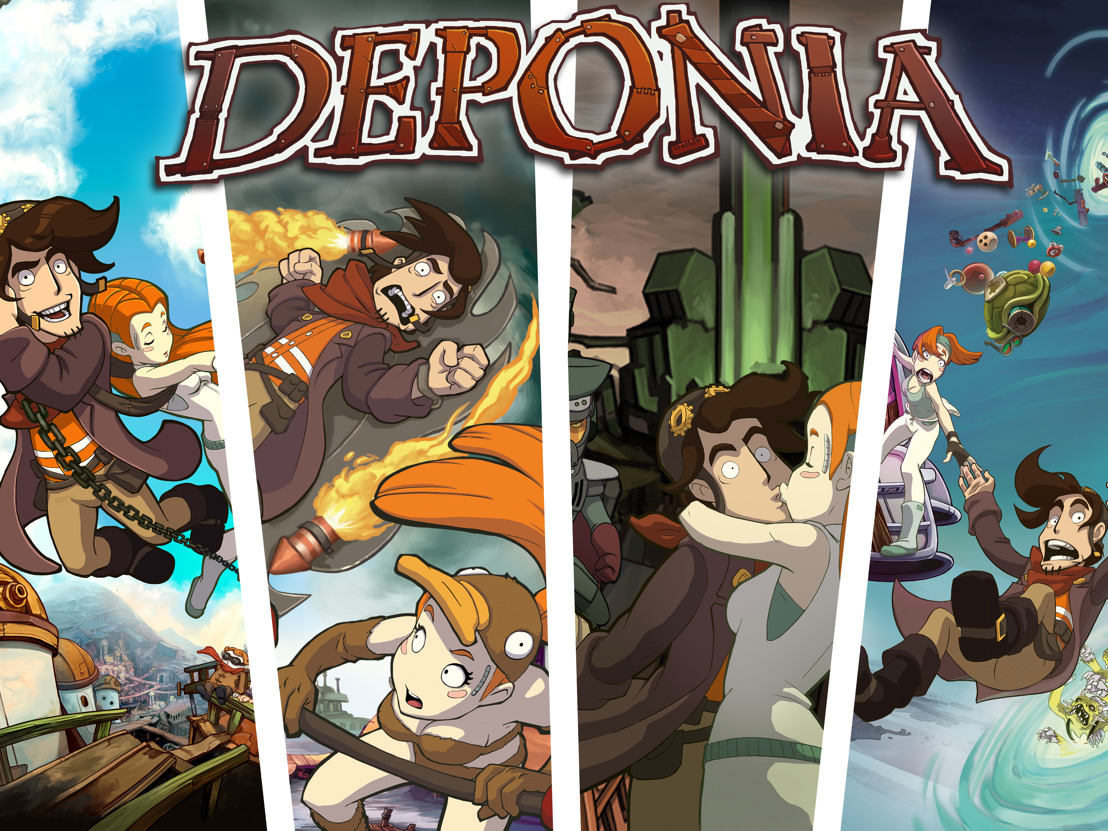 In Deponia, the world has degenerated into a vast garbage dump, in which the crotchety Rufus ekes out his sorry existence. He is part of the lowest social class, doomed to live his life in literal mountains of trash. He hopes for an opportunity to get into the world of the rich, who live in a floating city high above the clouds.

Fate seems to smile on the snotty good-for-nothing when one day the attractive lady named Goal from the higher sector plummets into one of the trash heaps. Rufus decides to help the young woman out by taking her back to her husband. When he notices that Goal's husband is a dead ringer for himself, he hatches a diabolical scheme to gain access to the upper world. However, things don't work out quite as planned, since he has feelings for Goal which limits his usual unscrupulousness.

The Organon plans the destruction of Deponia, the lovely Goal has (once again) disappeared, and anti-hero Rufus just can't seem to stop getting in his own way.

All inventor and free spirit Rufus wanted to do was to get off the junkyard planet of Deponia and move to Elysium, the paradise orbiting Deponia as a spaceship reserved for the highest echelons of society. Goal, the ex-Elysian girl that Rufus has fallen head over heels for, still seems to be the key to his endeavor...and to the elevator that will get him to space. Finally, Rufus has come up with a seemingly perfect plan.

The flying city of Elysium has fallen, hideous Fewlocks inhabit the junk planet Deponia and Rufus is apparently the sole (human) survivor. He sees only one way out: Deponia must be blown up.

Terrified, Rufus awakes in his bed. Was that a dream or a vision? Fortunately, Rufus can check this right away as the oddball Professor McChronicle has detected several time anomalies. It's rather handy that Rufus finds a time machine and immediately sets out to duly muddle up the past, present and future.