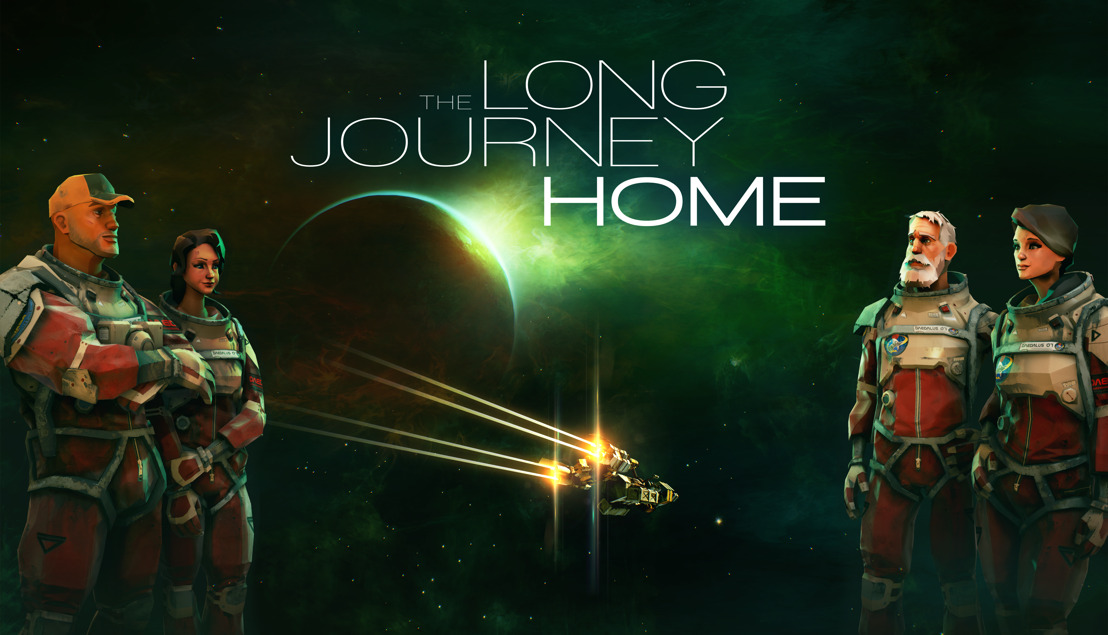 Andreas Suika, lead game designer for The Long Journey Home, explains the idea behind the game: “Being lost and alone is a fear we can all appreciate. Now, imagine being on the other side of the universe, alone, low on resources, never knowing what awaits after the next jump. The Long Journey Home taps into that primal longing for home, while also providing a colourful, comic universe that players will have a blast exploring and returning to.”

Lead Your Crew: Pick 4 out of 10 possible characters, from astronaut Kirsten to expert pilot Malcolm. Harness their unique skills and personalities to uncover the mysteries of the universe, salvaging lost wrecks, raiding ancient tombs, and investigating alien artefacts.

Real Flying: Flying in space is a bit complicated…really, we looked it up. “The Long Journey Home” provides a flying experience with actual planetary gravity, which can be difficult to master but can also be used to your advantage. Flying in Long Journey Home is a bit different than in many other space games. Be careful not to be sucked into a black hole or outmaneuvered by an alien warship!

Lost in Translation: Meet and try and befriend fifteen strange alien races – four empires out of eight, plus assorted smaller civilisations in every game. Will they appreciate you approaching with raised shields as a sign of respect, or see it as an aggressive display? Can you win their respect, and with it, their assistance? With over two novels worth of dialogue, you’ll feel part of a living universe full of memorable characters and big decisions.

Weigh Your Options: Players have to land on planets in order to gather resources. By doing so, you always risk damaging the landing unit or even losing a crew member. Be sure to carefully consider the risks involved in every reward. Andreas Suika notes that “‘The Long Journey Home’ is about making the right decisions. When you alone are in space, there is no room for wasteful choices. It’s important to remember: always think twice and once you’ve made a decision, be ready to deal with the consequences.”

Procedural, not Random: Although most of the game is procedurally generated, there are no random aspects in it. For example, dialogues with aliens may vary in different playthroughs but the lore behind each race is very much consistent. Quests or reactions might change, but their core attitude and character always stays the same.

Same Game, Different Journey: Thanks to the variety of the key elements of the game, the experience can be very different with every new run. Players can expect to see about 20% of the possible content in one run which should only take about 6 – 8 hours.